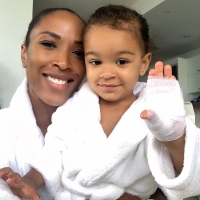 From gates on stairs to locks on cabinet doors, parents do their best to keep their children safe from in-home dangers, but one that is often overlooked is electricity. With many children now spending more time indoors, out of school and at home due to COVID-19, it’s important to be aware of the serious potential for injury following an electrical shock.

Even mild shocks from common household appliances can have serious long-term effects, such as anxiety, chronic pain and memory loss. Every year in Ontario, 110 kids under age 15 go to the hospital because of an electrical injury.

Sasha Exeter experienced this first hand when her two-year-old daughter, Maxwell, received an electrical shock while she was just two feet away.

It was a typical Saturday morning when Maxwell received the shock. Sasha was preparing breakfast and turned her back for just a moment when she heard a pop followed by the smell of burning skin and screams. Maxwell had found a bobby pin and put it in an electrical outlet. Fortunately, Maxwell was not seriously injured.

Install tamper-resistant outlets. Tamper-resistant receptacles have special shutters that cover plug slots and prevent little fingers or objects from entering the outlet and coming into contact with electricity.

Check your cords. If a cord is frayed or damaged, replace it. Extension cords should only be used temporarily and are prone to damage, which can lead to a shock or fire.

With any type of electrical shock, it’s important that the injured person be seen by a medical professional for assessment and treatment. Find more tips online at esasafe.com/nosafeshock.